What now for Labour voters?

Welsh poltics used to be so simple. The average person in Wales just turned up at their polling station on election day, put a cross in the box next to Labour and went home safe in the knowledge they have played their part in the democratic act of "not letting those bloody Tories in".

Even after devolution and the formation of the Welsh Assembly the only thing that really changed for the average voter in Wales is that they were now able to vote for Labour twice as often.

But over the last year or so a few things have happened that may cause your Welsh Labour voter to want to rethink their vote.

It started in March 2011 when the people of Wales voted to give their assembly more powers. Over 63% agreed with granting further powers. Two months later in May the people of Wales put their crosses next to Labour and Labour were again in control of the assembly, except this time with some extra powers.


Another two months went by and then Carwyn Jones, leader of Welsh Labour and First Minister of Wales told the BBC that he wanted Wales to have even more powers devolved to it. This was backed up in early 2012 by a You-Gov poll commisioned by ITV that showed that more people had a desire either for more powers or full independence than those that wanted less powers or no devolution at all. 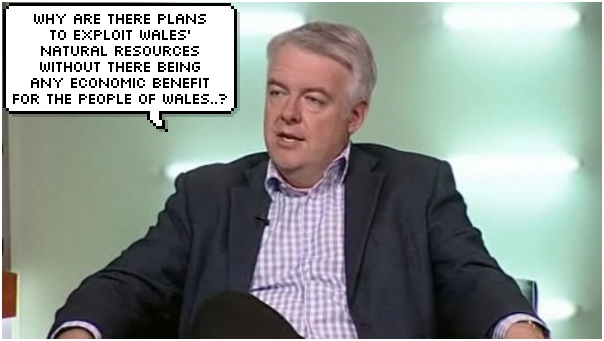 Now here's where it gets tricky. On January 31st 2012 Jonathon Edwards MP (Plaid Cymru) raised a bill in the house of commons for energy generation powers to be devolved to the Welsh Government.

The Bill would also mean the people of Wales gaining control over the Crown Estates in Wales. 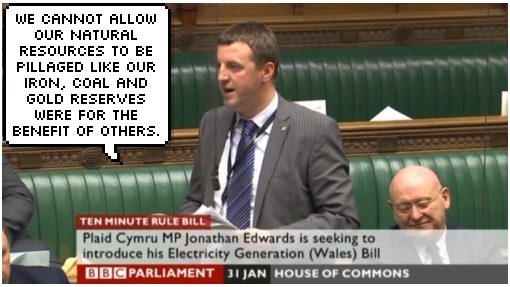 And here is the point in the movie when the penny is about to drop and the audience will realise what is going on and that nothing is as straight forward as they thought. This is where your average Welsh voter should begin to doubt whether just turning up and putting a cross next to Welsh Labour or UK Labour is really the best thing to do.

All Welsh MPs didn't vote yes, not all of them bothered to turn up.

In fact here is a list of all the UK MPs that voted yes.


There are 26 Labour MPs that represent Welsh constituencies. Only Paul Flynn MP voted yes, the others either voted no or couldn't be bothered to turn up.


I hope I have shown there is a distinct difference between the policies and attitudes towards Wales from both Welsh Labour and UK Labour MPs that just so happen to represent Welsh constituencies. The people of Wales can no longer blindly put a cross in the box next to Labour no matter which election it is.


If you are not happy with your MP then ask them why they are betraying Wales in this way. These people must realise they are accountable to us. I'll hand you over to Jonathon to finish the article off. 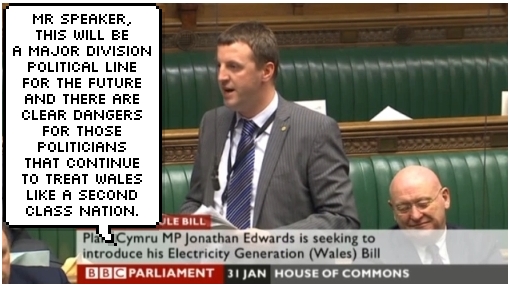 As always, here is a brief video to help share the message.
Tweet this article (and video)
Posted by Unknown at 19:22