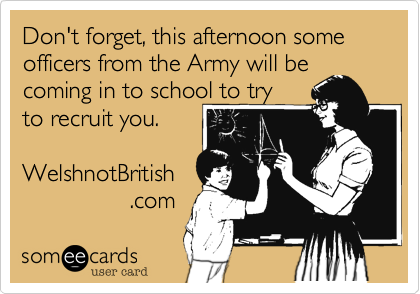 The UK is the only one of the 27 member states in the EU to allow it's army to actively recruit in it's schools. If you would like this practice to end in Welsh schools then please sign the following petition launched in June by Cymdeithas y Cymod (the Fellowship of Reconciliation in Wales).