Up in Scotland they have the GERS report. It stands for Government Expenditure and Revenue Scotland. It is published on the Scottish Governments website and based on UK Public Sector Finance Statistics that are published in January.


In Wales we have no such thing. So we have no idea how well or how badly our Labour run government is doing. There must be a reason for us not having such a report I wondered. So I asked MP Jonathon Edwards if we were allowed to have one. 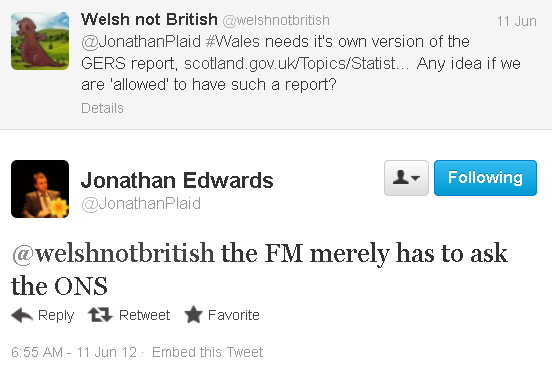 So it's that simple? As First Minister, all Carwyn Jones has to do is contact the Office of National Statistics and ask them for the data? Surely if it was that simple then he'd already have done that? Wouldn't he?

Surely no matter how bad the figures are, it is better to know than to not know. At the moment all we have is a blank piece of paper. 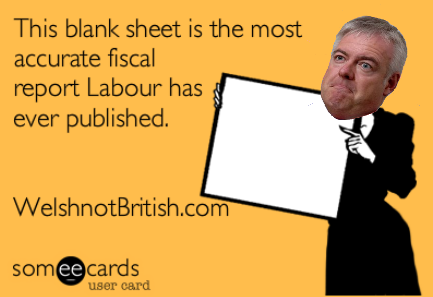 This is why I created the e-Petition: Government Expenditure and Revenue Wales.

We pay their wages and we control who gets hired and fired. So let's start demanding to see the results, so that we know if our employees are worth giving a new contract to come the next election.

Update - 28/4/2013
The Welsh Fnance Minister has dismissed the need for a GERW report in her letter (pdf) stating that they have no plans to produce a new report as they already publish expenditure reports. I will update again when the petition is officially dismissed. But I suspect they have completely missed the point of the usage of the word "revenue" in the title.

You can of course look at the info in full here