Ever since starting the blog and associated social media accounts I have received a steady stream of 'fan mail'. Some of which I kept screen shots of but the vast majority I didn't. I thought it would be interesting to show these off because some of them are hilarious.

I'll blank out the names of the people commenting and will update the page as and when I accrue a few more gems. Apart from the obvious, highlighting the names would be in breach of who knows how many rules from the sites in question. I've also colour coded them so you know if it was a male or female commentating.
- 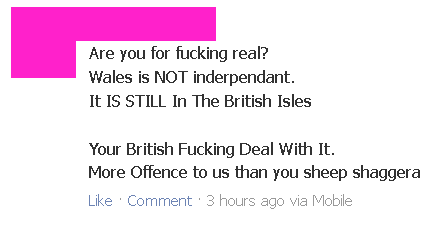 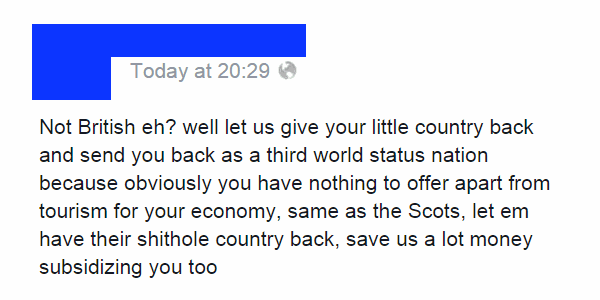 I'm sure there will be more added soon.
Posted by Unknown at 20:30