Not long after the announcement of the Holyhead 'kites' there was another renewables scheme hitting the news, this time in Radyr which is a few miles away from the centre of Cardiff.

Archimedes screws have been used for thousands of years, consequently this makes it far cheaper to implement which should mean a far cheaper price strike in order to pay back investors.

The EBC tells us that the screws will cost £2.6m which is just under ten times cheaper than the £25m the kites off Holyhead will cost. They also tell us that it will power 550 homes, the company behind it tell us that it has the potential for 391kW (compared with the initial 1500kW for the kites).

If these numbers stack up then it means the screws are a far more efficient and cost effective method of generating power than the kites. 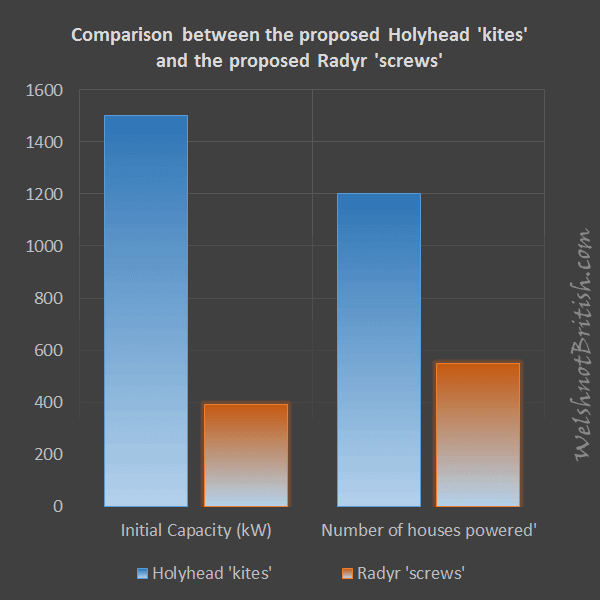 Since the cost of the kites scheme is around ten times the cost of the screws scheme then surely it would be better to fund ten projects using the screw principle rather than just one using the kites principle. Let's not get bogged down in who is funding what, let's just focus on what is better value for money. 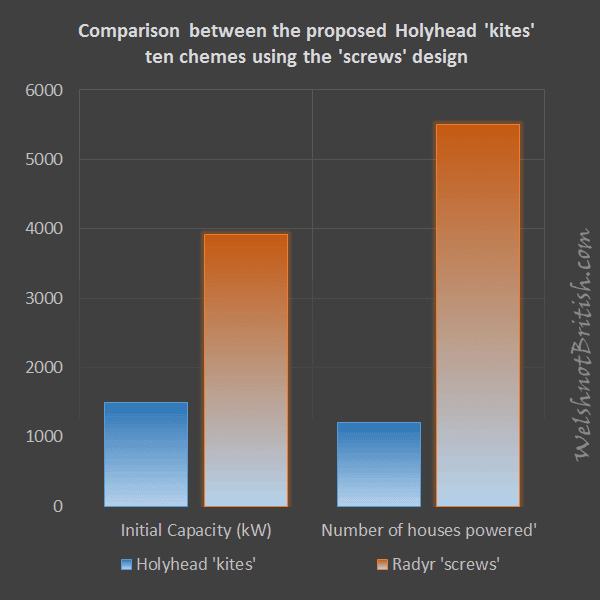 Ten similar projects around Wales wouldn't all necessarily cost the same amount, they wouldn't necessarily all generate the same amount of power either. For all we know it might even be cheaper with a better return but given that it is far cheaper and far more efficient I know which route I would take.


A comparison between the Holyhead kites scheme and the Archimedes screw project at Radyr Weir http://t.co/KEoZlWeJPT pic.twitter.com/ronb5n3azM

The recently announced plans to generate power at Radyr Weir using an Archimedes screw design are precisely the kind of...
Posted by Welsh not British on Sunday, 24 May 2015