Regular readers will have seen the 'official' Welsh not British league table that I compiled from the census data. This showed the 22 counties in order of how much they rejected the notion of Britishness and embraced their Welshness. 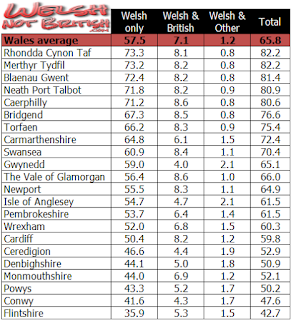 Those keen enough to follow on twitter/facebook will also have seen the league table I made showing our second largest ethnic grouping, the English. Who also overwhelmingly rejected Britishness. 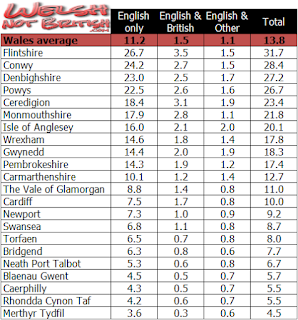 
And then it all made sense, as pointed out by Owen on Syniadau the 2011 census was carried out during the run up to the royal wedding so if that didn't make us feel the warm glow of Britishness then what will? The Government will have had access to this data well before it was published. The BBC released snippets on population back in July. So is it too much of a jump to then link us rejecting Britishness with a plan to water down some of our Welsh strong holds.

But it doesn't end there. There are already plans for 300,000 houses to be built across Wales. We are looking at the prospect of the Wales plantation. Wales doesn't need 300,000 new homes but England does, the fact that they just happen to be in Wales is at best incidental or at worst deliberate.


We need to start the fight back now. 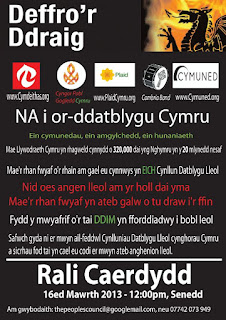 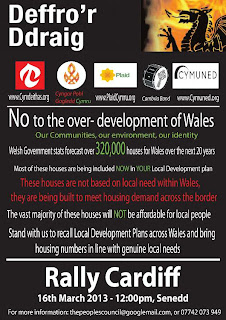 For higher quality images and more info, please visit here or email the address on the poster.
Posted by Unknown at 08:51